Wednesday began with myself and Michael S. leading morning devotions outside in front of the school. I played the mandolin and Michael played the ukulele. Because we looked like the happy Geico guys, the devotions began with a reflection on “Hump Day”. Being July 3, it was not only the middle of our week of service, but also the first full day of the second half of 2013. I invited the group to consider how the second half (of the week and the year) would be different because of the change God is enacting in our lives as we serve the poor. We reflected on the command “fear not” (which appears 365 times in the Bible) and the promise that often comes with it: “I am with you”. We considered the things we are being called to do that might cause fear: both the tasks of construction work and engaging directly with the reality of poverty and the people who experience it every day. We started the day with prayer as we sang “Spirit (Wind & Fire)”, a song that I recently wrote for worship. Instead of bowing our heads, we all looked around as we prayed: at the group we are now a part of, at the community we have been called to serve, the surrounding foothills that are home to many of our work sites, and the whole of God’s creation.

John M. & I had a new task today: trash haulers! The ASP dump truck was not enough for the amount of trash this week, so we loaded up our truck and headed to the Raleigh County Landfill in Beckley, WV (about 45 minutes away). We made 3 trips over the course of the day to remove a large amount of trash from the Team NB work site. On the round trip we crossed one of the 10 highest bridges in the US six times. While in Beckley, we also picked up the paint that 8-year old Mary selected for her new room. Team NB continued worked on the two rooms including priming the walls in the first room, starting to frame the second room, working on the windows and laying the floor tiles.

Team CCL continued their work, completing all of the under-the-house insulation and installing a vapor barrier to protect against moisture. They also did more of the vinyl skirting, which is nearly completed. They expect to move on to an interior project tomorrow.

The evening was centered around a long-standing ASP tradition: a picnic for the volunteers to which we also invite the families we are serving. It was a wonderful opportunity for both of our teams to spend time with the families in a relaxed setting and to meet the families from each others’ work sites. John M. grilled burgers for everyone and the youth volunteers played with the children from the work sites at a beautiful playground situated just below the Bluestone Lake dam. As dinner was served, the rain that was on-and-off through the day became steady, but everyone fit under the pavilion and had a great time. 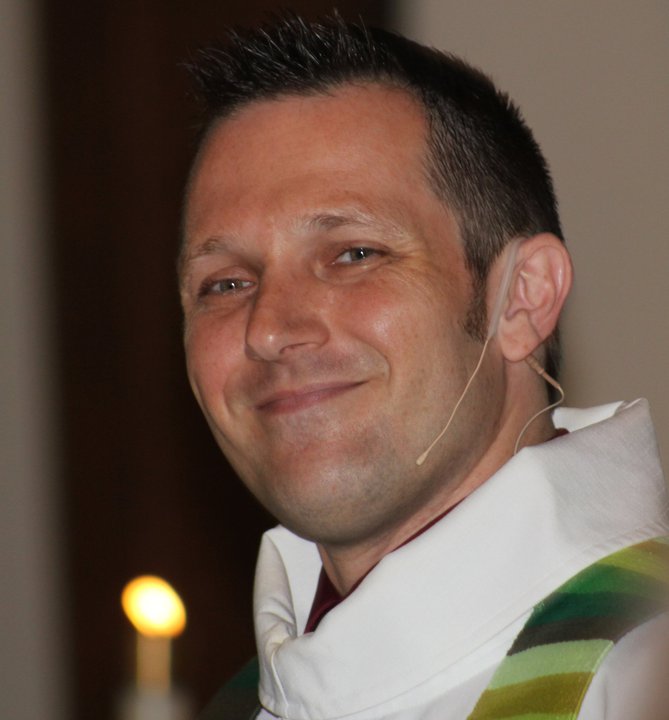